I put together a top ten albums of 2009 list a couple weeks ago for the “customer favorites” at Aquarius Records, and thought I might at as well share it on here too:

Word. Other news: recently started a book by Sam Shepard; more on that later; also been spending lotsa time still looking at photos/art online, which led me to re-visit one of my favorite spots in SF that I actually hadn’t been to in months and months, Needles and Pens 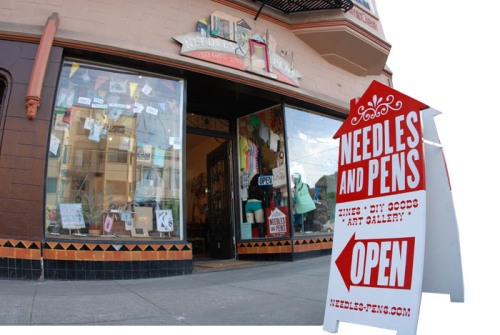 They’re a really great shop filled with DIY goods, interesting zines/books/journals/artwork, and even a rad gallery with monthly rotating exhibits.  The folks who work there are great too, and even have carried some of my poetry zines for a while!  There are still copies of ‘Serious Culture Bastards’ on the shelf, which I think I photocopied in like June… not selling too well apparently!!

Anyway, they have lots of especially good stuff now, and I had a big list of to-buy stuff including the new issue of Cometbus, the Sandy Kim photo book, and an issue of Scam, but I settled on On the Lower Frequencies, the recent book by zine-guy/writer Erick Lyle.  I’ve read a number of his articles in the Chronicle and heard some NPR podcasts and am super hyped to check out the book!

In terms of writing I’ve been getting a lot done in terms of material for larger pieces, and also have some stuff in submission queues at websites/journals, so as always if you’re interested shoot me an email and I’ll forward the latest along.  Bigger update soon!